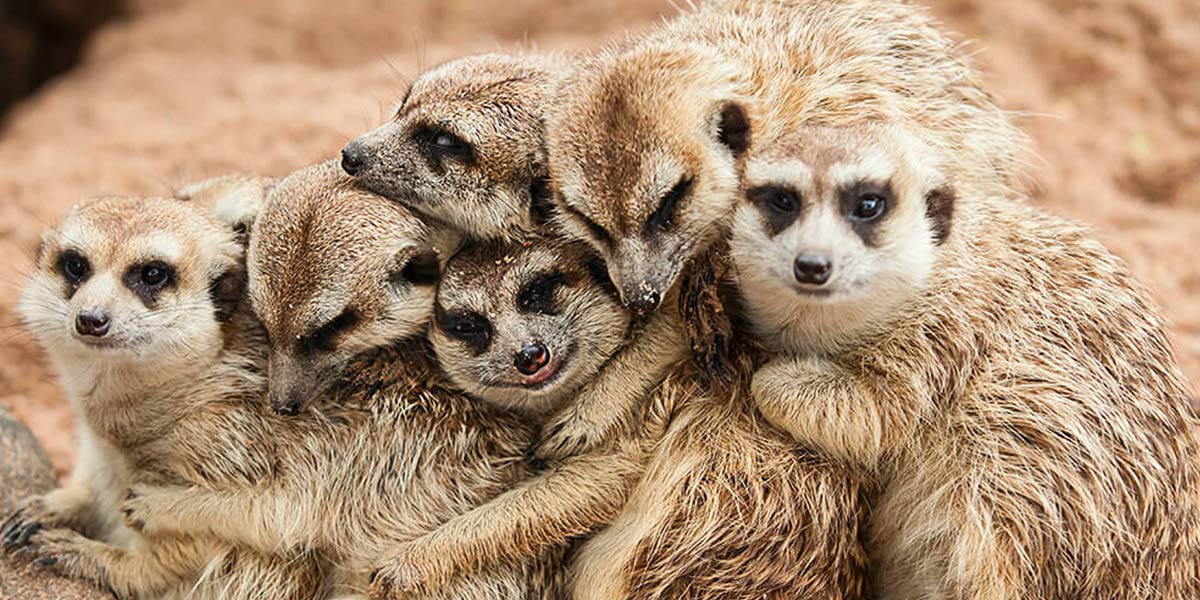 Previous Next
Meet the team 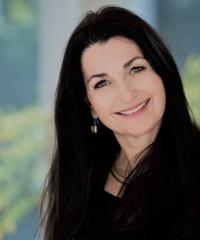 Job Description: Responsible for overall Shuttle mission and payload operations. When the buck stops, it's at her door.

Bio: Tanith’s passion has been the driving force behind Trips to Earth. She has worked in travel and publishing for longer than she cares to remember (or can remember for that matter). During this time, she’s visited the planet’s most beautiful locations, and these adventures are the inspiration behind the Trips to Earth portal. Environmental matters and the future of her favourite planet motivate her, and this energy has been the rocket fuel for the project. Tanith has been very fortunate to marry well. She shares a comfortable suburban home with her Judo Sensei, trophy husband Sam, who she admits has all the good ideas, even though she takes credit for many of them.

No, not really: Tanith moves quickly. She never managed to fly on the Concorde but she did score a flight on Russia’s supersonic jet the Tupolev Tu144. She even stole the inflight cutlery as a souvenir. 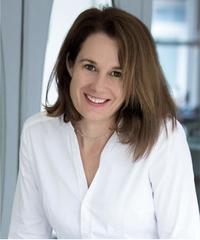 Job Description: Pronounced "fido", she plans manoeuvres and monitors trajectory - she is very good at it and has been known to change orbits with her smile.

Bio: Jean is a founding partner of Trips to Earth. She lives by her mother’s philosophy that you must leave a place better off for having had you there. She’s sure aliens tread lightly, but, no offence, she’s not certain if they actually have feet. Jean’s passion for travelling the world started in her twenties when she sailed across the Atlantic and onwards to the Caribbean. She discovered the planet is filled with adventures. Since then she has been exploring many of the Earth’s most remarkable oceans, deserts and mountains. Jean believes travel creates an awareness and respect for our environment and the people that share our planet.

No, not really: Jean loves camels. She once bought one by accident during an auction at Pushkar in the Rajasthan desert. 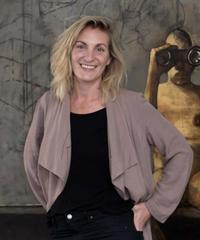 Job Description: Responsible for telemetry and command in the Mission Control Centre, she directs maintenance and operation activities. She does it with German efficiency.

Bio: Alethia has been organized and efficient since birth. Alethia is also very nice. She has a rare blend of military efficiency and charm. With skills that span design, development and project management Alethia is at the centre of all things Trips to Earth. If you need somebody to talk you through a difficult re-entry, Alethia is your person.

No, not really: Alethia once found herself bumped up to first class on a trans-Atlantic flight and ended up seated next to David Hasselhoff. Apparently, he never stopped talking. 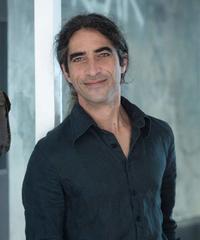 Job Description: Monitors the main engine, Solid Rocket Boosters and External Tank from pre-launch to ascent phases of missions. You don’t even know he is there... but he always is.

Bio: Douw is a man of mystery. His name means ‘dew’ in Dutch and much like his name suggests he has the ability to materialise out of thin air. Douw is the strong, silent type. We think he used to work in special ops but frankly, we have been too afraid to ask. Douw is an important part of the team. Douw may or may not have spent time on the grassy knoll.

No, not really: While Douw prefers not to mention it, unless he knows you well, his favourite song is The Bonzo Dog Doo-Dah Band’s classic, ‘I’m the Urban Spaceman. 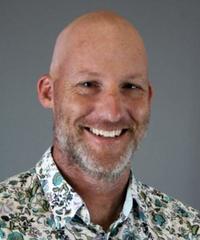 Job Description: Monitors in-flight communications and instrumentation systems. He’s the guy with the words – he may even have written his own job description... definitely due a raise.

Bio: Ant likes words and he likes travel. Scrabble on a safari is his idea of a good time. Boggle on a beach might do it for him as well. A digital evangelist and a regular traveller, Ant collects soil from every country he visits.

No, not really: Ant is an Ultimate Frisbee wizard who has travelled the world to chase plastic. As if attending seven Frisbee World Championships wasn’t spacey enough, did you know that the Frisbee was originally known as a Pluto Platter? 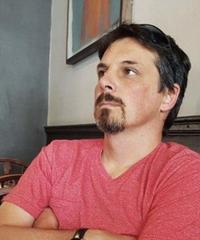 Job Description: Monitors vehicle guidance and navigation systems. A bit like the voice inside your GPS, only real.

Bio: Jandré is a collector of knowledge. He knows a lot of thing. Jandré is proficient in languages and coding. Jandré likes to build things. Jandré is a team player who prefers not to say too much about himself, but rather to let his work be seen in the context of a winning team effort. Jandré is great to work with.

No, not really: Jandré wanted a BMX since 1982 when he saw Drew Barrymore and friends riding one in the movie E.T. When he turned 40 his friends clubbed together and got him one, which he now uses to ride to work. #dreamscancometrue 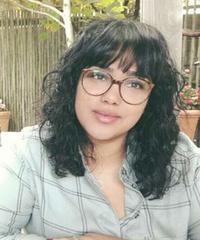 Job Description: Monitors reaction control and orbital manoeuvering propellants.Nobody really knows what this means, we just say she does the magic.

Bio: Inge worked for more than ten years in the digital space. Inge is like an Uber Eats Driver... time and time again she delivers. Be it as a writer, a strategist, a project and account manager she has done it all. No task is ever too small, not client vision is ever too big. Inge doesn’t like to fly.

No, not really: Inge has never been to space but her favourite musician is named after a planet. If Inge could bring one deceased performer back to life for a show, she would go all out to call Freddie Mercury back from heaven. 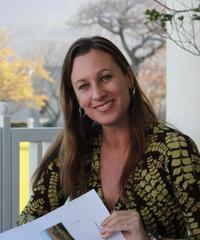 Job Description: Monitors onboard navigation and guidance computer software. She is the keeper of the straight and narrow.

Bio: Andrea is a sustainability consultant. Prior to her consultancy Andrea worked as a Chartered Accountant – we all paid our dues differently, we think Andrea paid the most. Andrea is a SETA-accredited Carbon Footprint Analyst. Andrea believes the tourism industry has a great opportunity to inspire guests to live more sustainable lives.

No, not really: Andrea likes to travel light. She once went on a two-week vacation to Brazil with a toothbrush as her only luggage. In fairness she does admit to coming home with more than she left with. 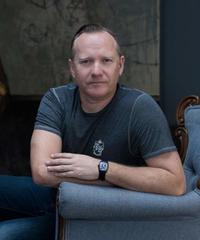 Job Description: Communications link between flight control and astronauts. Acronym was created when spacecraft were referred to as "capsules." When he talks, people understand... although sometimes they just smile and nod and change the subject.

Bio: Sam loves new ideas and impossible missions. He sold his first start-up to a listed company at the age of 28. Sam has produced live comedy tours for the likes of Chris Rock and Jeff Dunham. Sam once floated a stage in the ocean and staged Swan Lake on it. He has spent time inside The Great Pyramids of Giza. Sam consults on many interesting projects that disrupt Brand Marketing across a wide range of industries. We think that’s what he is doing here!

No, not really: Sam likes to laugh, and he considers himself to have a well-developed sense of humour. Despite this his favourite joke is this old classic: Why do cows have hooves ? .......cos they lack toes. 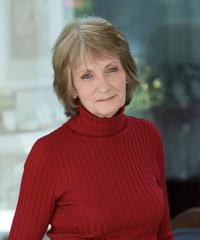 Job Description: Responsible for passive and active thermal controls of the vehicle, cabin atmosphere, supply systems and fire detection. Is it just me or is it getting hot in here?

Bio: Rhoda is a logistics and admin ninja. She has headed teams for many international event projects for some of the world’s leading brands. Rhoda’s career started in the shipping industry, where her office maintained a large fleet of vessels at sea and in dry dock – these skills she now applies to the complicated world of Intergalactic Travel. Rhoda has a mean ‘half-thumb left hand’ bowling action, which has gained her the highest Strike Rate Average on the Trips to Earth team.

No, not really: Rhoda has been around the world and she can’t find her baby. Well not quite, but she was devasted, when as a child, she offered her teddy bear a ride on the luggage conveyor belt at Heathrow Airport – sadly her bear never returned. #thesearchcontinues.