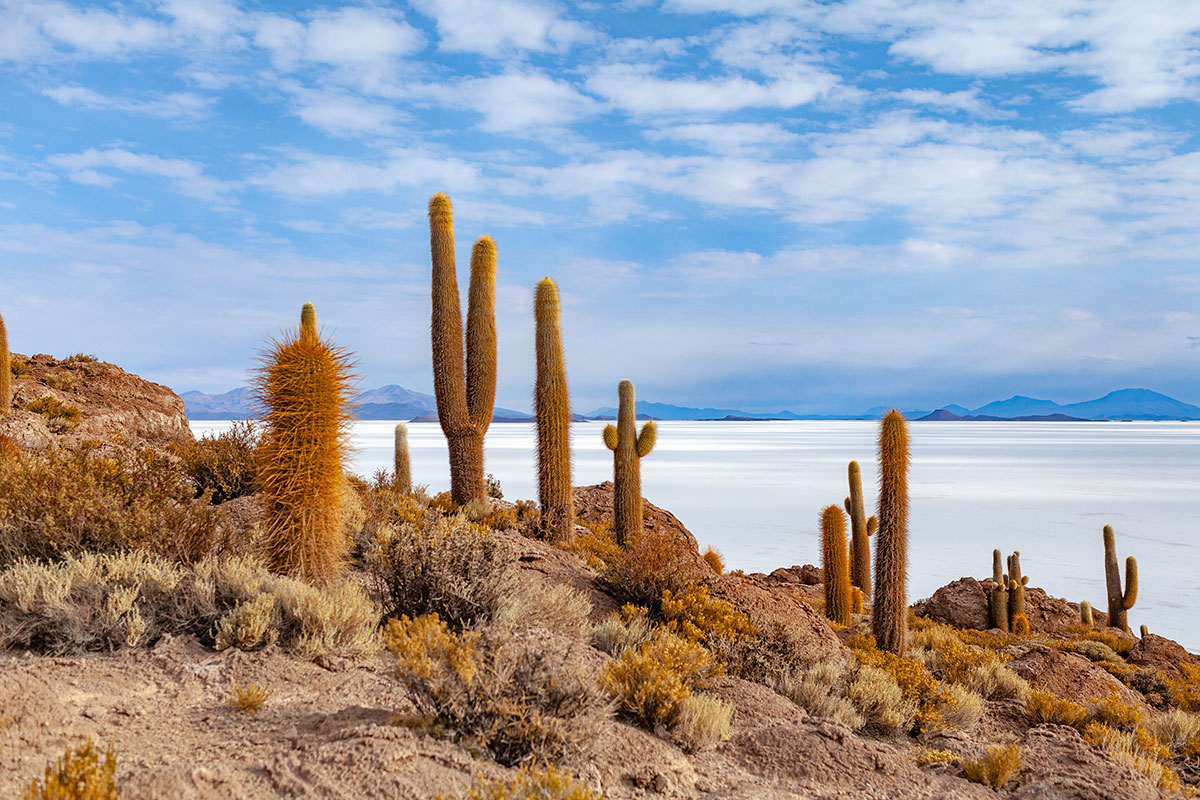 May to October is generally considered the best time to travel to Bolivia as the skies are generally clear and make for easy travel and great salt flat views.

Bolivia has many faces and can be as stark as it can be eclectic. Though not the official capital, La Paz is the main city and is the highest above sea level in the world. It is one of only two landlocked countries in South America and considered the most remote and inaccessible on the continent.

Many travellers consider Bolivia to be somewhat unrefined on the hospitality front, but the seasoned among them understand that and embrace it as a welcomed trade off for the country’s otherworldly beauty. The famous salt flats are also known as the world’s biggest mirror or Salar de Uyuni, and offers those who behold it a view unlike anything else they will see in the world. Many visitors describe the vista as the most beautiful thing they will see in their lifetime.

Sadly Bolivia among the highest rates of reforestation in the world. There is also a growing tension between conservation groups and urban development companies as new plans for road, buildings and infrastructure place increasing pressure on the country’s natural resources. Conservation International have launched several compensation schemes with rewards offered for projects that promote climate change mitigation.

May to October is generally considered the best time to travel to Bolivia as the skies are generally clear and make for easy travel and great salt flat views. While the skies may be clear, the temperature is low and drop well below freezing in the desert.

Much like the general ethos of the country, Bolivian cuisine is modest and uncomplicated. Dishes rely heavily on corn, potatoes, rice and beans. Easily grown quinoa and wheat are also used often. Lunch, or almuerzo, is the main meal of the day with businesses even closing between noon and 3pm so everyone can return home for the meal. It generally consists of a few courses of soup, meat and rice, a dessert and coffee.

Please consult the closest embassy or consulate of Bolivia 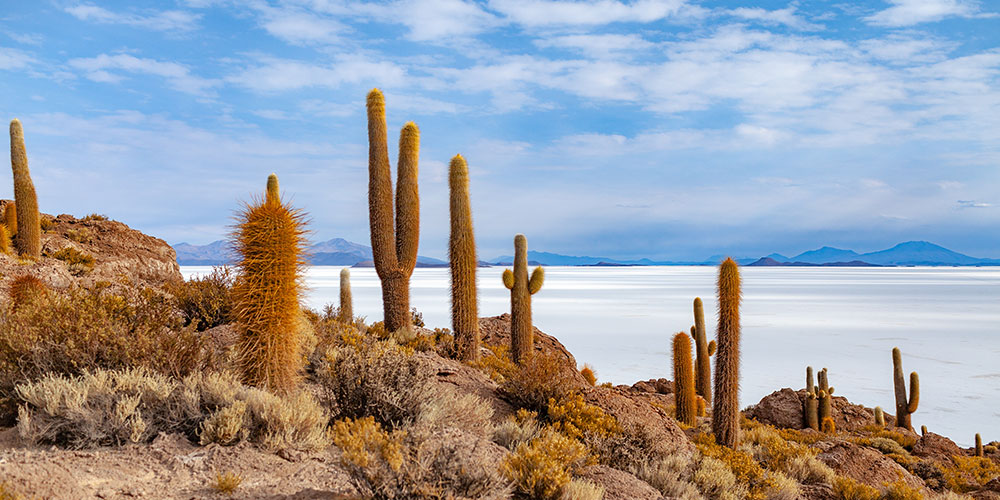