Canada houses just under 10% of the world’s renewable water supply and have more surface area covered by lakes than any other country in the world.

Canada is the second largest country in the world and was named as the result of a misunderstanding. When Jaques Cartier, a French explorer, came to the territory he met with indigenous people who invited them to their 'kanata', which was the local word for ‘village’. The party mistakenly thought the name of the country was "Kanata" or Canada.

Canada is the origin of a much-loved childhood story. A bear cub named Winnipeg was exported from Canada to the London Zoo in 1915. A little boy named Christopher Robin Milne loved to visit Winnipeg, or Winnie for short. His love for the bear cub inspired the stories written by his father, A.A. Milne. That story was Winnie-the-Pooh. The northwest parts of the country see extremely long days and is called The Land Of The Midnight Sun because the sun barely sets around the summer solstice.

Canada houses just under 10% of the world’s renewable water supply and have more surface area covered by lakes than any other country in the world. The famous Great Lakes alone contain about 18% of the world’s fresh lake water. Canada also has 10% of the world’s forests and 30% of the world's boreal forest. An incredible 397 million hectares of forest and other wooded land can be found across the country.

Canada is a cold place, with the lowest ever temperature recorded being -63 C - which is the same temperature as the surface of Mars. If the freezing cold is not your thing, the summer season of July to August is peak tourist season and enjoys warmer conditions.

Canada is known for their peameal back bacon, poutine and maple syrup. They also enjoy ice wine made from pressed frozen grapes. Cheddar is the most popular cheese in Canada. On average Canadians consume nearly 12 kgs per person annually. There are also more doughnut shops in Canada per capita than any other country and they drink more fruit juice per capita than any other country.

Please consult the closest embassy or consulate of Canada 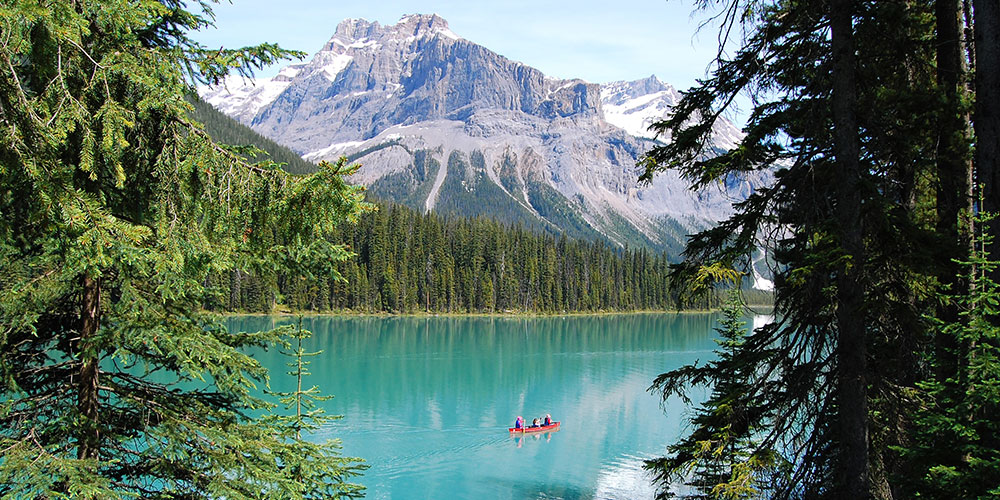