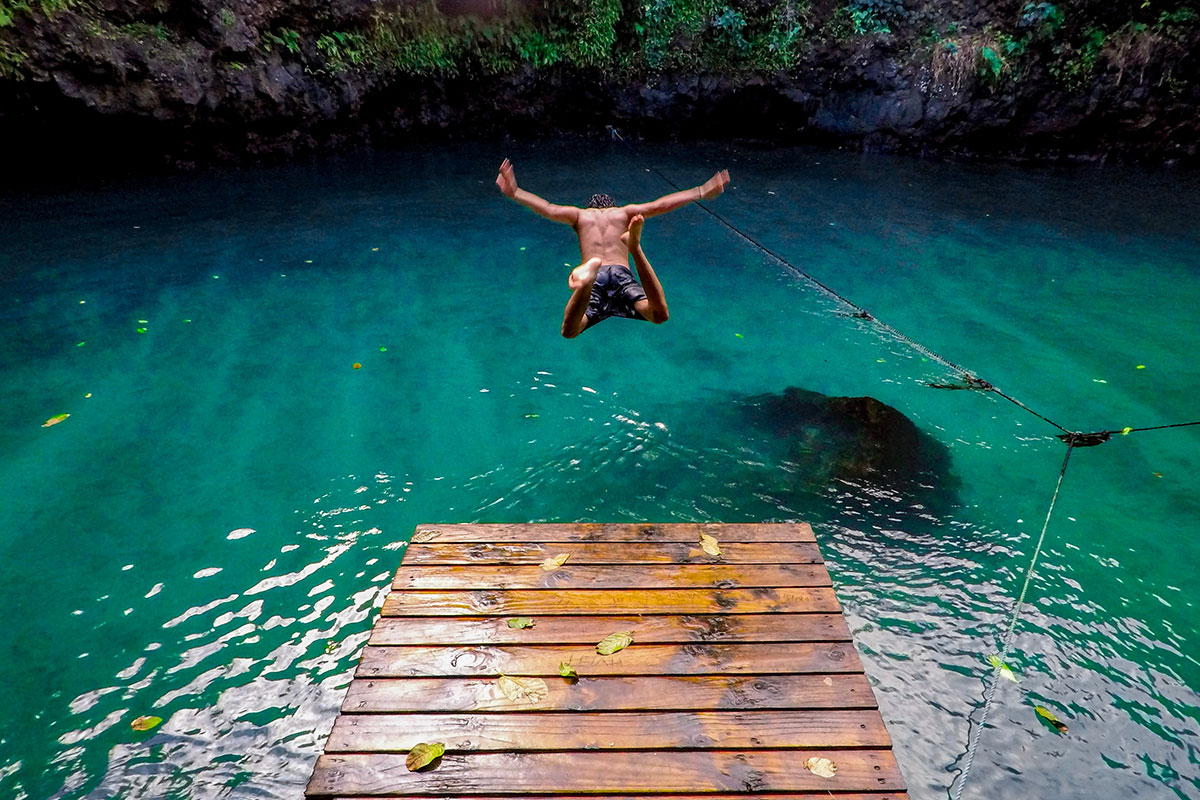 Samoa's most stand-out features is the To Sua Ocean Trench in Lotofaga. Described by many as the most incredible swimming pool in the world.

Samoa has so much going for it, but one of the most stand-out features in this wonderful country is the To Sua Ocean Trench in Lotofaga. Described by many as the most incredible swimming pool in the world, To Sua is two giant holes joined via an ancient lava tube cave. The one hole is dry and has no water while the other is around 30 meters deep and filled with aquamarine water. It is accessed via a very long ladder. To Sua also features amazing gardens, waterfalls, blow holes, rock pools and sea arches.

Probably the most stand-out feature of Samoa is how green and verdant it is. While the beaches are undoubtedly dazzling it is the lush vegetation that really strikes you. No matter where you go it is green and lush and along with the laid-back beach vibes you can’t help but feel relaxed and tranquil in these incredible surrounds.

Samoa has been a regional leader in sustainable tourism interventions, but there is still potential for it to further engage tourism businesses and travellers in destination stewardship and to be a model for other destinations in the region to follow. As an island nation Samoa is obviously very aware of the consequences of global warming and ocean degradation. Their biggest win though in the sustainable tourism space has been in ensuring that despite the influx of foreign visitors, that the authentic cultural traditions and values still dominate every aspect of life on the islands.

Samoa is wonderfully tropical with conditions fantastic throughout the year. There are two distinct seasons; a dry one between May and October and the wet season from November to April. But the wet weather is not uncomfortable at any time and the average daily temperature is around 28 degrees year-round, with the sea temperature roughly the same.

Traditional island food is fantastic. While some of it is completely unique other specialities are island variations of more traditional western staples. Either way there is a long list of things to try, with coconut a very common ingredient. Look out for things like Palusami, which is coconut milk baked in Taro leaves; Faiai Eleni which is a fish dish served with coconut cream; breads are common with things like sweet coconut bread (Fa'apapa), Fa'ausi (bread glazed with coconut Sauce and homemade rolls or Pani Popo common as street food.

Please consult the closest embassy or consulate of Samoa 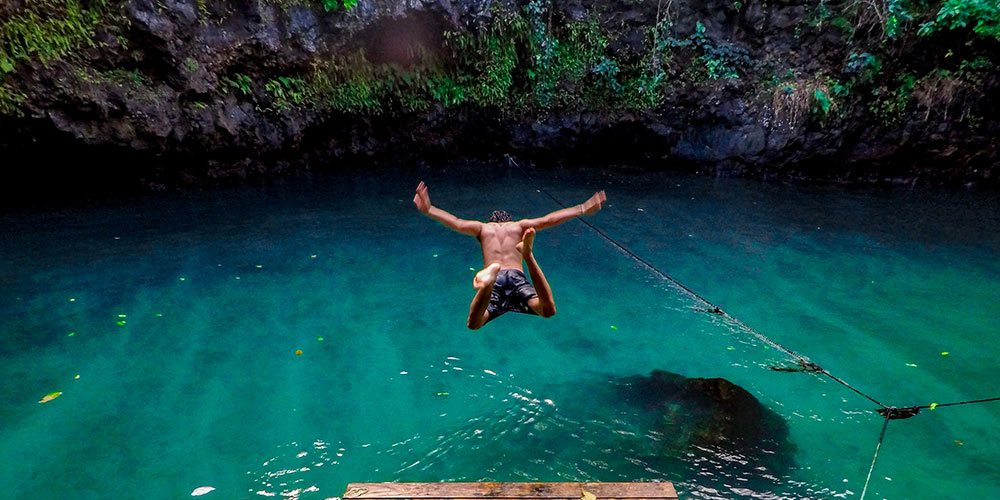